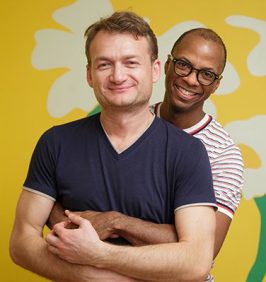 The CJEU has held that the term “spouse” within the meaning of the provisions of EU law on freedom of residence for EU citizens and members of their family includes spouses of the same sex. Despite the member states’ freedom to decide whether or not to authorise marriage between persons of the same sex, it is the view of the court that the member states may not obstruct the freedom of residence of an EU citizen by refusing to grant his same-sex spouse, a national of a non EU country, a derived right of residence in their territory. Marriage between persons of the same sex is prohibited under article 277 of the Romanian Civil Code. Restrictions also apply under article 259 because it defines marriage as the union between a man and a woman. Relu Adrian Coman, a dual Romanian American citizen, cohabited with his American citizen husband Robert Clabourn Hamilton for four years in the USA. Thereafter, the two men married in 2010 in Brussels where Coman worked in the European Parliament. They then sought clarification from Romania’s General Inspectorate for Immigration on how Coman’s foreign same-sex husband could obtain the right to reside lawfully in Romania for more than three months pursuant to the Citizens’ Directive (2004/38/EC). They were informed that owing to the provisions of Romanian Civil Code extending Hamilton’s right of temporary residence in Romania could not be granted on grounds of family reunion.

It was not possible to classify Hamilton as the “spouse” of an EU citizen because of Romania’s refusal to recognise same-sex marriage. Since they were made out of sterner stuff than giving up on their rights, in ensuing legal action they pushed the Constitutional Court of Romania to refer to the CJEU the question whether Hamilton, as the spouse of an EU citizen having exercised his freedom of movement, must be granted a right of permanent residence in Romania. It was the first opportunity for the court to rule on same-sex marriage in the context of the Directive. In answering this “delicate” legal question, AG Wathelet took a truly global view and interpreted “spouse” to include same sex spouse. For him, the term “is gender-neutral and independent of the place where the marriage was contracted.” The CJEU agreed that spouse includes same sex spouse and held that the Directive applies to the Coman-Hamilton family’s situation by analogy. But taking a more federal and Eurocentric view of things, the court’s reasoning is confined to marriages concluded in one of the EU member states. Overall, the case is not a gay marriage case and concerns the law of freedom of movement instead.

The Court of Justice (Grand Chamber)

A number of preliminary observations were apposite. For example, in Lounes (C‑165/16, EU:C:2017:862, see here and here), the court acknowledged that a non-EU family member of an EU citizen who was ineligible for a derived right of residence in the EU citizen’s home state, could, nevertheless, be accorded such a right on the basis of article 21(1) TFEU. Importantly, EU citizens should not be discouraged from exercising their rights of free movement by staying at home. Family life created or strengthened in pursuit of an EU citizen’s exercise of free movement rights is preserved by the effectiveness of the rights conferred by article 21(1) TFEU through the grant of a derived right of residence to the non-EU family member. As seen in O and B (C‑456/12, EU:C:2014:135), without this right the EU citizen will be reluctant to leave the home member state in the first place because of uncertainty looming over whether any family life created or strengthened in the host member state will be able to continue upon the EU citizen’s homeward return. Equally, in light of O and B the residence in question must be “genuine residence” which satisfies the terms of the Directive and is longer than three months. The court assumed that during the period of genuine residence in Belgium, Coman created and strengthened a family with his husband.

35. As to whether that term includes a third-country national of the same sex as the Union citizen whose marriage to that citizen was concluded in a member state in accordance with the law of that state, it should be pointed out, first of all, that the term “spouse” within the meaning of Directive 2004/38 is gender-neutral and may therefore cover the same-sex spouse of the Union citizen concerned.

Insofar as granting a right of residence to the same-sex spouse is concerned, a member state cannot invoke its national law as justification for refusing to recognise within its own borders a same-sex marriage between an EU citizen and his non-EU spouse in another member state in accordance with that state’s law.

The court acknowledged that article 4(2) TEU requires the EU to respect the member states’ national political and constitutional identity as inherent in their fundamental structures. But it nevertheless found an interference with the right of free movement when purely in the context of granting of a derived right of residence a member state refuses to recognise a same-sex marriage lawfully concluded in another member state. Tolerating an interference of this nature could have the effect that freedom of movement from one member state to another would vary depending on whether or not provisions of national law permitted same-sex marriage.

However, free movement may be curtailed independently of nationality in cases where the restrictions are based on objective public-interest considerations and are proportionate to a legitimate objective pursued by national law. In the instant case, the public policy underpinning the justification for restricting the right to free movement had to be interpreted in a strict sense and so each member state was not in a position to unilaterally determine its scope without any control by the EU institutions. The CJEU took the view that the obligation for a member state to recognise a legally valid homosexual marriage concluded in another member state does not undermine the institution of marriage in the first member state if the scope of the recognition is purely for the purpose of granting a derived right of residence to a non-EU national. The court went on to hold:

46. Accordingly, an obligation to recognise such marriages for the sole purpose of granting a derived right of residence to a third-country national does not undermine the national identity or pose a threat to the public policy of the member state concerned.

Reiterating the approach in Rendón Marín (C‑165/14, EU:C:2016:675, see here), the CJEU pointed out that any obstruction with the exercise of free movement is only justified where the national measure in question is consistent with the fundamental rights guaranteed by the Charter of Fundamental Rights of the European Union.

The Charter guarantees the fundamental right to respect for family and private life under article 7 and the CJEU also highlighted that Strasbourg authorities such as Vallianatos and others v Greece CE:ECHR:2013:1107JUD002938109 and Orlandi and Others v Italy CE:ECHR:2017:1214JUD002643112 demonstrate that the relationship of a homosexual couple may fall within the concepts of “private life” and “family life” in the same way as a relationship of a heterosexual couple in the same situation.

Given its positive findings on the meaning of spouse in article 2(2)(a), the CJEU did not find it necessary to delve any deeper into the issue whether an non-EU national can be classed as “any other family member” under article 3(2)(a) of the Directive or a “partner with whom the Union citizen has a durable relationship, duly attested” under article 3(2)(b), with the corresponding obligation for the host member state to facilitate entry and residence for that spouse even if it does not recognise same-sex marriages and provides no alternative form of legal recognition such as registered partnership. The CJEU held in Rahman and Others (C‑83/11, EU:C:2012:519) that other/extended family members do not enjoy an automatic right of admission.

Rahman allows member states “wide discretion” on selecting factors since the host member state needs to ensure that domestic legislation contains criteria consistent with the normal meaning of the term “facilitate” so as to maintain the effectiveness of article 3(2). Applying these principles to the present case, AG Wathelet said that no discretion existed to refuse admission in the instant case (see also the pending reference in Banger).

The pending reference in SM (Algeria) [2018] UKSC 9 (see here) concerns the issue whether a child who is in the permanent legal guardianship of an EU citizen, under “kefalah” or some equivalent arrangement provided for in the law of his or her country of origin, is a “direct descendant” within the meaning of article 2(2)(c) of the Directive. In making the reference in SM (Algeria), invoking AG Wathelet’s opinion in Coman, Lady Hale reasoned that “direct descendant” is an autonomous term in EU law and it needs to be uniformly interpreted throughout the EU. Since Islam does not recognise adoption per se, the kefalah system of Islamic legal guardianship fills in the gap but it is not recognised as such in the western world. Indeed, the ruling in Coman is likely to raise its head in the outcome in SM (Algeria).

Overall, the outcome in Coman is not a free for all and the principle will only bite if one of the parties to the same-sex marriage is an EU citizen who has exercised the right of free movement and of course the marriage must be lawfully celebrated in an EU member state. Unmistakably, under the rule in McCarthy (C‑434/09, ECLI:EU:C:2011:277), article 21 TFEU does not apply to an EU citizen who has never exercised the right of free movement and is not deprived of the genuine enjoyment of the substance of the rights conferred by EU citizenship.

EU member states are divided when it comes to allowing same-sex marriage. AG Wathelet observed that in 2004 only two member states allowed same sex marriage whereas 11 more member states have since amended their legislation to allow it (and Austria will be added to that list by 1 January 2019 at the latest unless the law is changed prior to that date). He found this expansion to be a part of a wider worldwide trend towards recognition of same-sex marriage which is unrelated to culture or history and corresponding to a universal recognition of the diversity of families.

In the present judgment, the CJEU tried to be careful not to irritate the member states prohibiting same-sex marriage by holding that such states are free to decide whether or not to allow marriage for persons of the same sex, but that competence cannot be allowed to cause variations in the uniformity of the right of freedom of movement.

The Asociaţia Accept, a Romanian NGO defending and promoting LGBTI rights, which supported the Coman-Hamilton family in its bid to get justice has said that the Constitutional Court of Romania must declare as unconstitutional the prohibition in the Civil Code regarding the recognition of same-sex marriages outside Romania. It also observed that Poland, Slovakia, Bulgaria, Lithuania and Latvia must take action to implement the CJEU’s judgment in Coman so as to grant residence rights to families based on same-sex couples by “adopting clear, predictable and unitary legislation”.