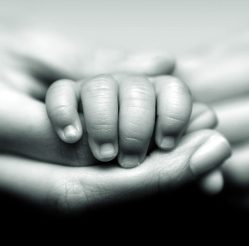 Three years ago in AA (Somalia) v ECO (Addis Ababa) [2013] UKSC 81, the Supreme Court considered whether a Somali child in her brother-in-law’s care under the doctrine of Kafalah – a process of legal guardianship and the Islamic equivalent to adoption – was an adopted child under paragraph 352D of the Immigration Rules relating to leave to enter or remain as the child of a refugee. The court held that paragraph 352D did not extend to AA’s case and could not be rewritten in order to do so. Last month Lady Hale and Lords Kerr, Wilson, Reed and Hughes considered the question whether an Algerian child known as “SM” adopted under the Kafalah system is a direct descendant or extended family member of her sponsor within the meaning of regulations 7 and 8 of the Immigration (European Economic Area) Regulations 2006 which transpose articles 2 and 3 of Directive 2004/38/EC. Mr and Mrs M are French nationals exercising free movement rights in the UK. They have been resident here for many years and Mr M has a permanent right of residence. In 2009 the couple went to Algeria where they were assessed for their suitability for legal guardianship under the Kafalah system. They became SM’s legal guardians pursuant to Kafalah in 2011.

After abandoning her in hospital, SM’s biological mother did not reclaim her within three months as permitted by Algerian law. SM was refused entry clearance as a visitor. She subsequently relied on EU law but her application for admission to the UK as a family member of an EEA national exercising free movement rights under the 2006 Regulations was refused. The Upper Tribunal (UTJ Allen and DUTJ Bruce) allowed her appeal against the First-tier Tribunal’s decision. FK and MK (EEA Regulations: ‘Descendants’ meaning) Sierra Leone [2007] UKAIT 00038 precluded SM from being a direct descendent because she was not legally adopted. She was also not a family member. However, the UT was attracted to interpreting EU law purposively and found that she was an extended family member.

The Court of Appeal

Allowing the ECO’s appeal, Laws, Kitchin and Christopher Clarke LJJ held that SM was not entitled to entry clearance because under the provisions of the 2006 Regulations she could not be categorised as a family member, extended family member or relative of her adoptive parents. Their Lordships also found that the decision did not breach European or international obligations concerning children’s welfare. Applying section 3(1) of the Human Rights Act 1998, the UT construed regulation 8 in conformity with article 8 of the ECHR. The ECO rightly complained that this was unnecessary because the UT did not find a breach of article 8 and so section 3 was not engaged.

“Direct descendant” under article 2(2)(c) of the Citizens’ Directive ordinarily means a natural descendant in the direct line, i.e. a child, grandchild etc. Notably, section 67(1) of the Adoption and Children Act 2002 conceptualised the term as extending to someone who was a descendant by adoption. However, different regimes regarding adoption exist in different states and the Directive does not articulate the types of adoption that are covered by the “family member” provisions. EU law does not prescribe the type of relationship required for a child to qualify as a family member under article 2. Consequently, member states are free to produce their own arrangements which need to respect numerous international obligations regarding children’s welfare.

The Hague Convention on Protection of Children and Co-operation in respect of Intercountry Adoption 1993 sets out the comprehensive requirements for inter-country adoptions and safeguards children’s interests. Four avenues for entry to the UK under the Immigration Rules in relation to an adopted child had been articulated in MN (India) [2008] EWCA Civ 38. Notably, paragraph 310 caters for the entry of a child who has been adopted by force of a decision of the competent authority in his country of origin or residence. But coverage is provided only to countries specified in the Adoption (Recognition of Overseas Adoptions) Order 2013 because the UK recognises that they meet international standards and Algeria is not included. De facto adoptions (paragraph 309A), adoptions under UK law (paragraph 316A), Hague Convention adoptions (paragraph 316D) present other avenues under the rules.

Laws LJ observed that protection is provided to children’s rights under article 3(5) the Treaty on European Union and article 24 of the Charter of Fundamental Rights. The European Commission’s guidance on the Directive’s transposition and implementation states that family membership in the direct line “extends to adoptive relationships” and calls on member states to secure children’s best interests in accordance with the United Nations Convention on the Rights of the Child 1989. The court accepted the submission that these materials could not be interpreted to mean that the European legislature intended that member states should be required to recognise overseas adoptions as a matter of course, irrespective of the quality of the procedures followed. More significantly, member states would risk breaching of their obligations under the international instruments cited. As Laws LJ remarked:

23. … I greatly doubt whether the terms of the European Communities Act 1972 would have effect to give any such rule the least legal validity in the United Kingdom. There is, however, plainly no such rule.

The court concluded that the UK’s rules regarding inter-country adoptions are wholly consistent with EU law and are a reasonable and proportionate means of giving effect to international obligations relating to children’s welfare. SM was not a family member.

Equally, the other/extended family member provisions failed to save SM’s case. Since article 2 permits member states to restrict the forms of adoption to protect children’s interests under international law, interpreting article 3 of the Directive to require other forms of adoption to be accepted would disturb and undermine that equilibrium. For Laws LJ, “family member” and “other family members” – as defined in article 2(2)(c) and article 3(2)(a) respectively – are not distinct on the basis of any legal formalities defining either group’s relationship to the EEA national but of either group’s relative proximity to the EEA sponsor.

By finding that SM must be her sponsor’s “relative” under regulation 8(2) because of existing family life, the UT not only failed to grapple with the true structure of articles 2 and 3 but also failed to give weight to the Directive’s distinct purpose:

28. … which is not to promote family life as a self-standing value but … to strengthen and support “the right of free movement and residence of all Union citizens”.

The court was not satisfied that a reference to the CJEU was necessary for the interpretation of “family member”. It was untenable to claim a breach of article 8 and in that context Laws LJ found that the First-tier decision was “unappealed and unappealable”.

Mr M expressed a preference for his daughter to be identified. In the hearing Lady Hale remarked that it is “always much more satisfactory to think of the child as a real person and name the child”. An anonymity order will not be made in SM’s case.