Asylum seeking is a world-wide phenomenon

This case is about so many things; the despotic state of Eritrea, which ranks last in the world for freedom of expression, and the totalitarian theocracy of Iran which the West eyes with extreme suspicion because of its nuclear programme and non-recognition of Israel. In the instant judgment, the Supreme Court held in favour of EH (an Iranian) and three Eritreans (EM, AE and MA) and said that the Court of Appeal had erred in formulating the view that only a systemic breach of the receiving country’s human rights obligations justifies not returning an asylum seeker to that country.

All four appellants had entered the UK via Italy which retained responsibility for dealing with their asylum applications under Council Regulation 343/2003 or Dublin II. EH complained that he was tortured for political reasons in Iran and argued that he would not only be homeless in Italy, but would also be without treatment for severe psychological problems. AE (whose trauma causes her to contemplate suicide at the thought of being returned to destitution in Italy) and MA (whose child Y was lost on the way to the UK and has never been found) were recognised as refugees in Italy and were also repeatedly raped. AE fled Eritrea because she and her husband were arrested on the suspicion that he helped people leave the country illegally. EM fled Eritrea because of his religious beliefs and found himself destitute in Milan but a fellow asylum seeker helped him travel to the UK where he claimed asylum. An Orthodox Pentecostal Christian like EM, MA travelled to Italy where she and her three children – M, D and Y – found themselves homeless and destitute.

However, unless the SSHD is satisfied that the appellants’ claims about inhuman and degrading treatment are not clearly unfounded, it is considered safe to return asylum seekers to Italy: all four claims were certified as clearly unfounded, therefore precluding an in-country appeal, because Italy was not thought to be in systemic breach of its international obligations to asylum seekers.

In line with Soering v UK (1989) 11 EHRR 439 it was common ground between the appellants, the UNHCR (intervening) and the SSHD that the removal of a person from a member state of the Council of Europe (CoE) to another country is contrary to the European Convention on Human Rights (ECHR) where substantial grounds have been shown for believing that the person concerned faces a real risk of being subjected to treatment contrary to article 3 (anti-torture and inhumane treatment) ECHR in the country to which he or she is to be removed.

Upon its reading of the judgment of the Court of Justice of the European Union (CJEU) in Cases C-411/10 and C-493/10, NS (Afghanistan) v SSHD [2013] QB 102, the Court of Appeal (Richards and Sullivan LJJ, Sir Stephen Sedley) held that in relation to asylum procedures and reception conditions, a systemic breach, and not just a mere breach, of human rights was needed for the UK to decline to return an asylum seeker to Italy. On the other hand, the Court of Appeal interpreted the decisions of the European Court of Human Rights (ECtHR) as requiring only a breach, rather than a systemic breach, of a person’s human rights.

Because the CJEU’s decisions bind UK courts (whereas ECtHR only need be taken into account) Sir Stephen Sedley felt that the CJEU case law prevailed and found for the SSHD because Italy was not in systemic breach of its duties. In Sir Stephen’s analysis, but for the fact that the decision of CJEU was binding on UK courts his court might have had to worry about the conflicting decisions of the ECtHR and the CJEU. The Supreme Court thought at para 31 that this signified that “but for the effect of the NS case, the Court of Appeal would have come to a different conclusion from that which it felt compelled to reach.”

Interestingly, halfway through the judgment, discussing the presumption of compliance Lord Kerr JSC opined that:

40. The need for a workable system to implement Dublin II is obvious. To allow asylum seekers the opportunity to move about various member states, applying successively in each of them for refugee status, in the hope of finding a more benevolent approach to their claims, could not be countenanced. This is the essential underpinning of Dublin II. Therefore, that the first state in which asylum is claimed should normally be required to deal with the application and, where the application is successful, to cater for the refugee’s needs is not only obvious, it is fundamental to an effective and comprehensive system of refugee protection. Asylum seeking is now a world-wide phenomenon. It must be tackled on a co-operative, international basis. The recognition of a presumption that members of an alliance of states such as those which comprise the European Union will comply with their international obligations reflects not only principle but pragmatic considerations. A system whereby a state which is asked to confer refugee status on someone who has already applied for that elsewhere should be obliged, in every instance, to conduct an intense examination of avowed failings of the first state would lead to disarray.

Overall, the Supreme Court held that the Court of Appeal’s view – that only a systemic breach by the receiving country of its human rights obligations would justify not returning an asylum seeker to that country – was incorrect. Context remained important in the decision in NS and although the CJEU did refer to a systemic breach, such a breach was palpable in the present case. The CJEU was not emphasising the type of breach that needed to be shown; rather, the court was highlighting EU Member States’ knowledge of such a breach. It was wrong to conclude that the CJEU ruled that a systemic breach was necessary because the court was saying that a systemic breach would be sufficient. The approach did not change the standard that in circumstances where a real risk of a breach of article 3 ECHR can be seen, a person’s removal from a CoE member state is prohibited and Lord Kerr JSC considered:

58. … that the Court of Appeal’s conclusion that only systemic deficiencies in the listed country’s asylum procedures and reception conditions will constitute a basis for resisting transfer to the listed country cannot be upheld. The critical test remains that articulated in Soering v UK (1989) 11 EHRR 439. The removal of a person from a member state of the Council of Europe to another country is forbidden if it is shown that there is a real risk that the person transferred will suffer treatment contrary to article 3 of ECHR.

In delineating the correct approach, the Supreme Court expressed its views in light of the provisions of the Reception Directive (which requires Member States to minimally provide asylum seekers with enough to sustain their health and to survive) and the Qualification Directive (which requires that persons granted refugee status are to be provided welfare support, accommodation etc.).

The Supreme Court observed that these responsibilities merge with the positive obligations on the CoE members (who are also EU Member States) and in interpreting an instrument of EU law the UK has the duty of observing and promoting the Charter of Fundamental Rights (CFR) which under article 4 corresponds to article 3 ECHR. Indeed, as the House of Lords held in R (Limbuela) v SSHD [2006] 1 AC 396, article 3 ECHR could be engaged in circumstances where asylum seekers are denied shelter, food and water or the most basic necessities of life by the deliberate action of the state.

Therefore, in situations where it can be seen that asylum seekers will be required to live in conditions where there is a real risk that they will be subjected to inhuman and degrading treatment, their removal to that state is prohibited under Dublin II. In the present case, the court said that:

63. Where, therefore, it can be shown that the conditions in which an asylum seeker will be required to live if returned under Dublin II are such that there is a real risk that he will be subjected to inhuman or degrading treatment, his removal to that state is forbidden. When one is in the realm of positive obligations (which is what is involved in the claim that the state has not ensured that satisfactory living conditions are available to the asylum seeker) the evidence is more likely to partake of systemic failings but the search for such failings is by way of a route to establish that there is a real risk of article 3 breach, rather than a hurdle to be surmounted.

The Supreme Court remitted all four cases to the Administrative Court so that the evidence may be examined to ascertain whether it is established that there is a real possibility that each claimant would be treated in violation of the ECHR if returned to Italy. This point can only be investigated correctly if the situation in the receiving country is evaluated and in appropriate circumstances a rigorous assessment is required and – following Chahal v UK (1997) 23 EHRR 413 and Vilvarajah v UK (1991) 14 EHRR 248 – the court is required to scrutinise “the foreseeable consequences of sending a claimant to the receiving country bearing in mind both the general situation there and the claimant’s personal circumstances, including his or her previous experience”: Lord Kerr JSC at paras 69 – 70.

Although the Supreme Court reversed the Court of Appeal’s decision on the main issue, Lord Kerr JSC shared Sir Stephen Sedley’s approach in relation to the UNHCR enjoying “a special status” and his Lordship cited the recent decision in IA (Iran) v SSHD [2014] UKSC 6 as authority that the UNHCR has “unrivalled expertise” in the field of refugee and asylum law. Sir Stephen had, of course, found that the Strasbourg Court’s opinion in MSS v Belgium and Greece (2011) 53 EHRR 2 – i.e. UNHCR’s views are “pre-eminent and possibly decisive” – was particularly significant. The UNHCR’s critique of Greece in the Strasbourg cases was more intense in comparison to the instant case and although the refugee agency did not demand a cessation of all Dublin transfers to Italy its counsel nevertheless submitted that this did not mean that Italy had a “clean bill of health”. Ultimately, in respect to the UNHCR, the Supreme Court took the view that:

74. ….The UNHCR material should form part of the overall examination of the particular circumstances of each of the appellant’s cases, no more and no less. 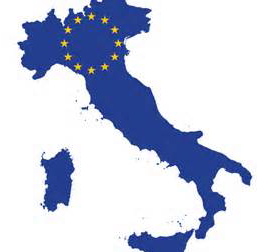 EH and EM are asylum seekers whereas AE and MA are refugees. The latter argued that that because they are refugees their transfer to Italy is unaffected by Dublin II and is not within the scope of EU law and must be decided wholly within the meaning of national law. Lord Kerr JSC said at para 78 that, notwithstanding whether or not someone has previously been recognised as a refugee in the country to which it is proposed he be transferred, as a “chiefly procedural instrument” Dublin II relates to any person who applies for asylum in the country from which he might be transferred irrespective of whether he has been granted refugee status in the country to which his transfer is proposed.

At paras 78 – 79, the Supreme Court explained that the interplay between articles 2 and 7 of Dublin II and article 63 of the Treaty on European Union was such that the appellants met the relevant criteria and “all are subject, therefore, to the provisions of Dublin II”. Thus, recognised refugees and asylum seekers should be treated in the same way.