Article 8 and Kafka: Students under Chikwamba 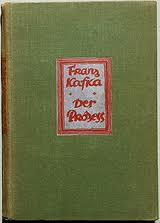 The question where an article 8 claim should be made often arises? At times this is a hard question to answer but the Court of Appeal’s most recent judgment has shed light upon the correct path to follow (see below). From the government’s perspective if an article 8 claim is made overseas and entry clearance rather than leave to remain is sought, then things are quite convenient because there is one less foreigner in the UK. The other advantage is that the said person might never manage to re-enter the UK because her/his application can be refused (or better still she/he might end up dead or detained which will preclude her/him from making an application at all).

These two appeals turned on the important case of Chikwamba [2008] UKHL 40 where a Zimbabwean national’s asylum claim was refused but she was not removed as removals to that country were temporarily suspended. During that time, Chikwamba married another Zimbabwean with settlement rights and argued that her removal would breach article 8 ECHR. Although the couple had a child, the SSHD, the Tribunals and the Court of Appeal thought it was justified that Chikwamba should seek entry clearance rather than leave to remain. After disappointment in the Tribunal and Court of Appeal, Chikwamba won in the House of Lords when Lords Bingham, Hope, Brown, Scott and Baroness Hale overturned Auld, Parker and Lloyd LJJ’s earlier decision.

Giving the lead judgment Lord Brown recognised that it was “reasonable and proportionate” to require people (who entered unlawfully) to seek entry clearance from abroad: para 42. But the House answered the question confronting it – whether the interference with family life occasioned by the requirement for the appellant to return to Zimbabwe, even if only for a short time, was in the circumstances disproportionate to any legitimate objective of immigration control? – by ruling squarely against the SSHD.

In sum, article 8 appeals in family cases involving children could only “rarely” be correctly dismissed “on the basis that it would be proportionate and more appropriate for the appellant to apply for leave from abroad”: para 44. Lord Brown noted it was “better surely that in most cases the article 8 claim be decided once and for all at the initial stage. If it is well-founded, leave should be granted. If not, it should be refused.”

Asking the question “so what on earth is the point of sending her back?”, Lord Scott said that the SSHD’s demands elevated “policy to dogma” – the kind of thing Kafka would have “enjoyed”. Thus, allowing the appeal, he ruled that an in-country application made by someone in Chikwamba’s circumstances should be allowed: para 6. His Lordship was massively unimpressed by the government’s inflexible stance that to expect Chikwamba to make the application overseas was strict “policy” which must be adhered to. In a similar vein, Baroness Hale thought that even if requiring the husband to endure separation was proportionate, expecting the child to do the same was unreasonable because a four year old girl could not be asked to travel with her mother to “a harsh and unpalatable place”: para 8.

In the present appeals, the Court of Appeal (Sir David Keene, Maurice Kay and Elias LJJ) accepted that “Lord Brown’s objection to the routine enforcement of the policy was not limited to such cases”: para 17. It was noted that the merits of a case will become apparent on a “careful assessment” and “the dogmatic adherence to policy may in those cases too be a disproportionate interference with article 8 rights.” Thus, whilst article 8 may be violated by the unjustified demand that an applicant should go “home” and seek re-entry (to comply with a procedural requirement which was “insufficient to justify even a temporary disruption to family life”), considering the merits in full may readily identify features which warrant refusal of leave to remain.

Hayat (H), a Pakistani, entered the UK as a student in 2007 and extended his leave as a Tier 1 post study worker until October 2010. His application for further leave as a partner of a points-based system migrant under paragraph 319C(h) of the Immigration Rules was refused as the requirements were not met. (Article 8 was not considered.)

H’s article 8 appeal to the First tier Tribunal (FTT) was dismissed. Subsequently, the Upper Tribunal (UT) allowed his appeal on article 8 grounds as he supported his wife – who was due to study in the UK until 2014 – and the couple had a clean record. For the UT, “the principle in Chikwamba points plainly to the factors in favour of the appellant outweighing the single factor relied on by the respondent.” (See Free Movement’s commentary here.) Aggrieved, the SSHD appealed the UT’s decision.

Treebhowan (T), a Mauritian, entered the UK as a student in 2003 and extended his leave as the spouse of his student wife. T worked for four years to support his wife but in July 2010 he left the matrimonial home after his marriage broke down. T’s estranged wife returned to Mauritius and on 31 October 2010, he applied for leave to remain as a student under rule 245ZX(b) and his application was refused because the terms of the rule were not satisfied.

T’s article 8 appeal was dismissed by the FTT because his private life was not sufficiently seriously affected to be protected within the meaning of settled case law such as Razgar [2004] UKHL 27 and Huang [2007] UKHL 11. The UT also dismissed T’s appeal because the FTT judge’s decision was founded upon his view that it was reasonable for T to permanently return to Mauritius and continue his private life there (and not on T seeking entry clearance to continue his studies from a Chikwamba perspective). Grounds of appeal based on Pankina [2010] EWCA Civ 719 and Mansoor [2011] EWHC 382 were rejected by the UT.

The Court used the above principles in deciding these two appeals.

In H’s case, the Court of Appeal agreed with the FTT and found in favour of the SSHD because the UT (which erred) “was not justified in concluding that the only factor militating against the application of article 8 was the fact that the applicant had not made his application from Pakistan” because “there were cogent factors justifying the conclusion that article 8 was not infringed by requiring the appellant to return to Pakistan”: para 52.

In T’s case, four grounds of appeal were canvassed (some for the first time) before the Court of Appeal but Elias LJ rejected all the submissions associated with these. Interestingly, the grounds (and their rejection by Elias LJ) can be summarised as

(1) The judge interpreted paragraph 245ZX(b) restrictively. Under Pankina the rule was ambiguous enough, upon a broad and purposive construction, to conclude that T had complied with it and in any event, T avoided the mischief of the rules as he could fund himself. For Elias LJ, it was too late to say this because T’s last period of leave was not as student (rather as a student’s spouse).

(2) The second ground raised Mansoor to argue that T was not a threat to anyone and did not drain the economy but Elias LJ ruled that evaluating a “specific risk” did not need to be “identified with respect to the particular individual in order to justify a rejection” of article 8: para 76. Such an approach needlessly burdened the SSHD and undermined effective immigration control which was “inconsistent with Huang.” The Court explained that in Mansoor, Blake J merely said that asserting that the Immigration Rules had not been complied with was not a complete answer to an article 8 claim. 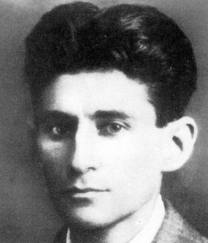 (3) The third ground was embedded in the “near miss” argument which meant that T had almost complied with the rules and that this was an important factor in determining whether the interference with article 8 was proportionate. Whilst Elias LJ acknowledged what Sedley LJ had said in Pankina, his Lordship thought that the merits of that argument were not sustainable in light of Miah [2012] EWCA Civ 261 – confirming Carnwath LJ’s Rudi [2007] EWCA Civ 1326, para 25 approach that the law knew “no near miss principle” because it was a “misconception” – which was binding upon the Court of Appeal.

(4) The final contention was that refusing T leave to remain was not consistent with Chikwamba because the procedural reason to require him to return to Mauritius for entry clearance (in which T would inevitably succeed) imposed an utterly unnecessary and formal requirement which achieved no legitimate objective in relation to immigration control. But, to the contrary, Elias LJ observed, rather than dismissing T’s article 8 claim on the basis of a procedural requirement, the FTT judge assessed the merits of the claim and carried out a full proportionality assessment. Hence, as in the case of SZ (Zimbabwe), Chikwamba was “irrelevant” did not apply: para 81.